The same category.
As the Report of the Office of Competition and Consumer Protection published...
Many people associate video games with computer programs. A common approach...
Latest posts.
Blockchain technology is an essential pillar of the Web 3.0 (Web 3.0)...
In film production, the development period is the most creative one....

According to the report of the Central Statistical Office entitled “Information society in Poland in 2021”, published on 21 February this year [1], last year 92.4 percent of Polish households had access to the Internet. Unfortunately, as the number of Internet users increases, so does the potential scale of infringements of third-party rights online, which needs to be countered.

All this leads to the need to formulate a basic question: how to defend ourselves against violations of our rights, especially personal rights, on the Internet? If the infringer resides in Poland or in another Member State of the European Union, we have certain possibilities to do so.

Identity of the perpetrator

The first step will obviously be to try to establish the identity of the person who, in our opinion, has violated our rights. If we are unable to do so on our own, we may file a complaint with the police under Article 488 of the Act of 6 June 1997 of the Code of Criminal Procedure together with a request to determine the IP address, name, surname and home address of the perpetrator. Determining the identity of the infringer is important because it will enable us to take further action, including filing a lawsuit to protect personal rights.

Before doing so, however, it is important to ensure that the situation is properly documented (e.g. using screenshots) and to attempt to resolve the dispute amicably. In this context, mention should also be made of situations in which the disputed posts are found on social media platforms, and we only have the “nickname” of the infringer. In such a case, however, it is also possible to initiate proceedings in the framework of which the court will release the entity responsible for the given social networking platform from telecommunication secrecy. This will make it possible to identify the author of the publication.

As a rule, an action is brought before the court of first instance in whose district the defendant is domiciled (Article 27 § 1 of the Act of 17 November 1964 of the Code of Civil Procedure, hereinafter: ‘CCP’). However, this is not the only possibility. In Article 35 [1] of the CCP, within the framework of the so-called alternate jurisdiction, the legislator established a solution, according to which a legal action for protection of personal rights infringed with the use of mass media (which include press, television or the Internet) may be brought before the court competent for the plaintiff’s place of residence or seat.

Thanks to this we have the possibility to sue the entity infringing personal rights either before a court competent for the place of residence of the defendant (infringer), or before a court competent for the place of residence or registered office of the plaintiff, which is much simpler as far as further participation in the proceedings is concerned. This seems to be a convenient option, especially taking into account the fact that the statement infringing our rights may come from a person residing in another part of the country. A similar question may arise when trying to determine which court has jurisdiction in the case of violation of personal rights through the mass media by an entity residing or established in another European country than the one where the person whose rights have been violated is located. EU law provides for the possibility to sue persons who reside on the territory of a Member State before the courts of another Member State, inter alia, in matters relating to tort, delict or quasi-delict, before the courts of the place where the harmful event occurred or may occur (Articles 5(1) and 7(2) of Regulation (EU) No 1215/2012 of the European Parliament and of the Council of 12 December 2012 on jurisdiction and the recognition and enforcement of judgments in civil and commercial matters, hereinafter: the “Regulation”). 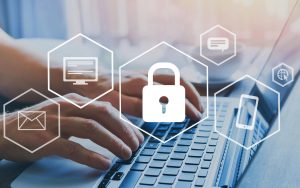 Practice of the CJEU

Past practice of the Court of Justice of the European Union (hereinafter: “CJEU”) indicates that, in the context of an action for damages for harm caused by the publication of a defamatory article in the press, injured persons may bring such actions against the publisher before the courts of each of the Member States in which the publication was disseminated and where, according to the injured party’s claims, his or her reputation was damaged, but only in respect of harm caused in the Member State of the seat of the court before which the action is brought (judgment of the Court of Justice of 7 March 1995 in Case C-68/93, Fiona Shevill and Others v. Presse Alliance SA). Importantly, recently the CJEU once again looked at the issue of jurisdiction in cases of infringement of personality rights on the Internet. In one of its judgments, the Court dealt with a case in which a Czech company (Gtflix TV) claimed that it had been defamed by statements published on numerous websites and internet forums by a Hungarian entrepreneur, D.R. (CJEU judgment of 21 December 2021, C-251/20, Gtflix TV v. D.R.).

Both parties are in the same business – the production and distribution of adult audiovisual content. Gtflix TV brought an action against D. R. before the French courts, requesting an end to the disparaging activities and the rectification of the information published, as well as compensation for the harm and damage caused. Those courts found that they had no jurisdiction to hear the case. Nevertheless, it was decided to submit a so-called preliminary question to the CJEU, which boiled down to the question of the jurisdiction of the French court to hear the case. The CJEU replied that Article 7(2) of the Regulation must be interpreted as meaning that a person who considers that his rights have been infringed by the dissemination of disparaging content on the internet shall at the same time take action in order, on the one hand, to obtain the rectification of the information concerning him and the removal of the content placed online concerning him and, on the other hand, to obtain compensation for the damage and harm resulting from that placement online. He may do so before the courts of each Member State in the territory of which those statements are or have been accessible. Even if the courts there do not have jurisdiction to hear the application for rectification and removal of the content.

It should be pointed out that a person whose personal rights were infringed online, may demand the cessation of further infringements, removal of the effects of the infringement (inter alia, by publishing an apology or a correction) and demand pecuniary compensation or payment of an appropriate sum of money for a designated social purpose. While writing about the ways of protecting our rights violated in the Internet, we should also mention other, non-procedural possibilities, which are guaranteed to us by social networking sites. We are talking here about the “Report” option (or similar), which allows us to remove disparaging content. As a rule, it comes down to checking whether the publication complies with the rules of a given platform. In practice, this means that the use of this option does not always lead to the removal of disputable content. However, this is often the case.

The article was published in Think Mice magazine – https://www.thinkmice.pl/news/prawo/3614-odpowiedzialnosc-za-rozpowszechnianie-dyskredytujacych-tresci-w-internecie

Author: Adrian Chodyna, lawyer, trainee attorney, LSW Leśnodorski Ślusarek and Partners
He specialises in intellectual and industrial property law, with a particular focus on copyright and its digitisation. The area of his interest also includes contract law. He graduated from the Faculty of Law and Administration of the Jagiellonian University, and is currently a trainee attorney at the Regional Council of Attorneys in Warsaw. He gained his previous experience in law firms in Cracow where he dealt, among others, with current services for business entities connected with the construction and pharmaceutical industry. He has participated in the preparation of information on the registrability of trademarks, copyright law, legal risk analyses of modern technologies in industries such as IT, industry and medicine.

The same category
As the Report of the Office of Competition and Consumer Protection published...
Many people associate video games with computer programs. A common approach...
Latest posts
Blockchain technology is an essential pillar of the Web 3.0 (Web 3.0)...
In film production, the development period is the most creative one....