When fiction can offend. Examples of infringement of personal rights in fictional films

Important docs.
The same category.
According to the definition of film production in the Act on Cinematography,...
An interesting case was recently discussed in the foreign media concerning...
Latest posts.
Blockchain technology is an essential pillar of the Web 3.0 (Web 3.0)...
In film production, the development period is the most creative one....

“Fictional works are not outlawed if they defame real people,” said a US federal court in a dispute between chess champion Nona Gaprindashvili and Netflix. The famous chess player sued the platform for defamation over words spoken in the series “The Queen’s Gambit”.

During a tournament in Moscow, the announcer introduces the main character (fictional character Beth Harmon, for whom another famous chess player – Judit Polgar – was the prototype) as follows: “The only unusual thing about her is her gender. And even that is nothing unique in Russia. There is Nona Gaprindashvili, but she is the women’s world champion and has never faced off against men”. In fact, Gaprindashvili has stood up to 59 men, winning most of the games. The statement made in the series was not only untrue but, according to the Georgian chess player, “grossly sexist and belittling”. However, the parties to that dispute eventually reached a settlement.

The Netflix case may provoke some conclusions about the principles of incorporating elements of reality into the cinematic world. 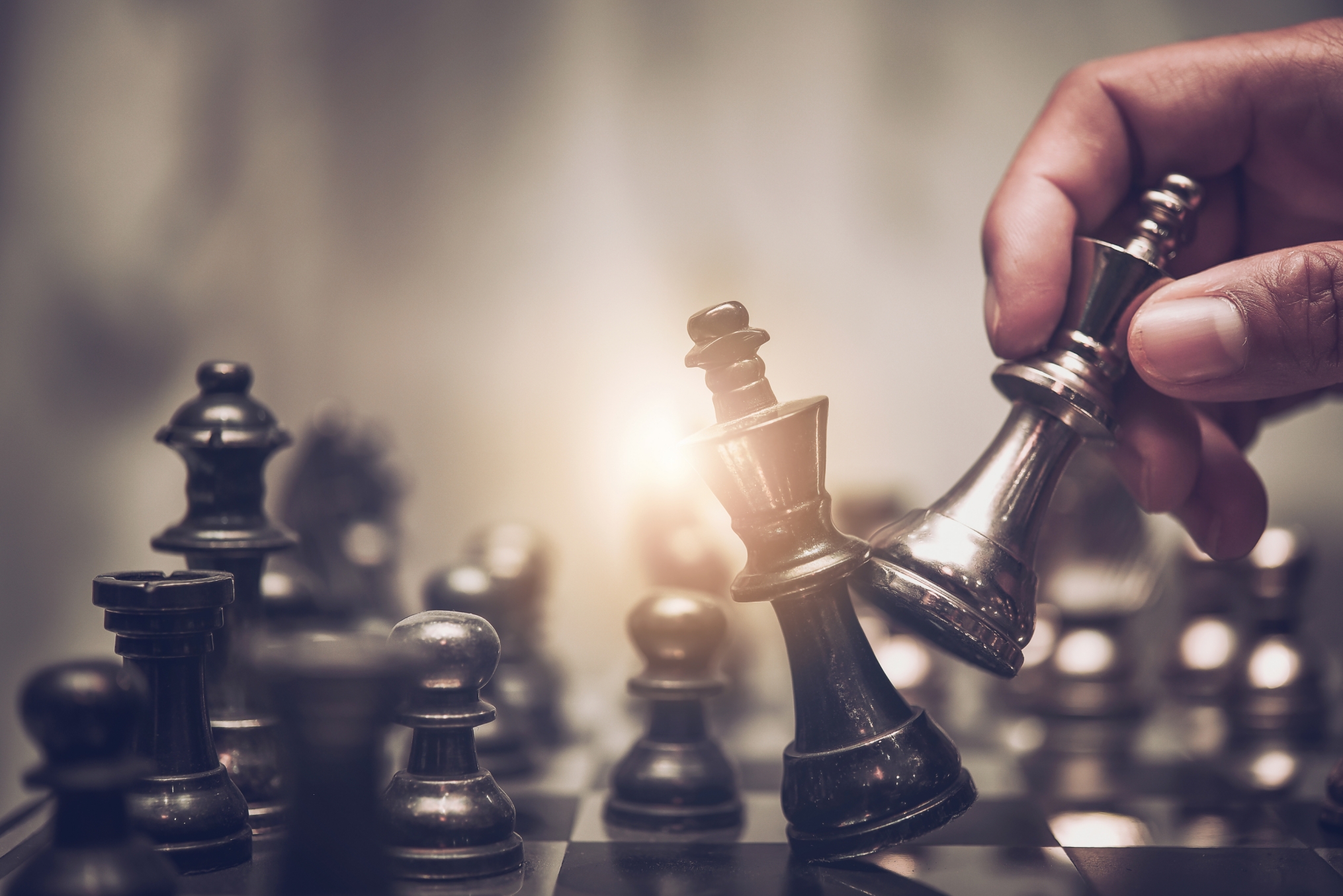 First of all, it must be stated that, in general, the creation of feature films featuring real-life, well-known characters (e.g. politicians, athletes, scientists) is permitted, even without obtaining the consent of such persons. Yet, a few rules need to be kept in mind to protect against possible claims.

The film should portray the well-known person in the context of his or her professional achievements or public activities. It is very important to stick to the facts and not to portray the person in an unfavourable light. Any misrepresentation, as in the case of Netflix cited above, may constitute an infringement of the personal good, which is the honour of a given person (understood both as the so-called external honour, i.e. their good name, and internal honour, i.e. personal dignity, self-respect). In turn, when entering the sphere of privacy of a publicly known person (it is difficult to imagine a feature film without more personal plots), it is advisable to rely on events already disclosed or commonly known, e.g. from published correspondence or interviews. By revealing too personal content, we may violate another’s personal good in the form of the right to privacy.

Exceptionally, the disclosure of certain private matters may be justified by the realisation of an important social interest, but it must be demonstrated that the social interest outweighs the right to privacy. And also in such a case, it is absolutely necessary to remember to stick to the truth.

Personal rights are vested in a particular person until death. However, this does not mean that the deceased can be depicted in films in any light. The relatives of the deceased are entitled to the personal good of the deceased in the form of the cult of remembrance, and they may file a claim against the infringer. But, only the circle of people who have emotionally connected to the person in question has a legal standing to bring proceedings.

Public figures – especially those with a history that is not always glorious – have to have thicker skins, as the former dictator of Panama, Manuel Noriega, found out when he lost a battle in an American court against Activision Blizzard, the developer of the game ‘Call of Duty: Black Ops II’. The main motive for the ruling in favour of the Call of Duty developers was the recognition that freedom of speech was more important than the assets of the dictator, whose reputation, due to his past activities, was already heavily tarnished – as the Judge noted, a reputation that could hardly have been more severely damaged.

The protection of personal rights, referred to above, does not only come into play when a particular person’s name is mentioned on screen. The risk is also present when the character in question has been attributed with characteristic features of a real person, e.g. a specific gait, manner of speaking, hairstyle, and distinctive elements of a biography. The question of the identifiability of such a person is therefore crucial. Often in films or novels, there are such ‘key characters’ who can be attributed to real-life ones. The creators’ line of defence that this is a purely fictional person often proves unsuccessful. Already in the 1970s, the Supreme Court of Poland ruled in a case concerning the famous film “The Gorgonowa Case” that” in such situation, the author also cannot allow himself to ridicule this person or to present a negative and untrue image of him.” (judgment of 15 July 1979, ref. I CR 232/79). There was a similar dispute in relation to the film “You Are God” about Paktofonika (ref. VI ACa 210/15), in the case of the book “Nocnik” by Andrzej Żuławski (ref. I ACa 1419/14) or the recently concluded case of a film about a high-profile murder, where the producer acquired the rights from the convict (depicting him in the film by name), only changing the personalities of the victim. This does not mean that one cannot be inspired by historical figures or events – however, greater care and caution must be exercised in this case.

The issue of telephone numbers appearing in the frame or audible in the dialogue of feature films is an interesting one. Writing down a random combination of numbers in the script can lead to actually giving out the real phone number of an unsuspecting private person.

Such a case occurred in the production of the Netflix series “Squid Game”, in which the creators accidentally gave out a genuine number belonging to a South Korean woman. The hundreds of calls and texts a day that the woman started receiving, resulted in Netflix being forced to change the number in all scenes and to issue a message asking people not to call the number.

In the US, the problem was initially solved by providing numbers starting with the sequence 555 in films, as it was relatively rarely assigned to private individuals. Over time, Hollywood reserved 100 numbers for its use: from 555-0100 to 555-0199. Another solution in countries where there is no such database of free numbers to use for film purposes might be, for example, to give shorter-than-actual numbers or to buy the number for production purposes.

In the case of filming cars on the road, the question arises: can showing a real number plate on-screen constitute a personal data breach? The Warsaw Regional Court ruled on this issue, stating in its judgment of 12 March 2020, ref. I C 214/19, that disseminating images of a car with a legible number plate does not violate the provisions of the General Data Protection Regulation (GDPR) or personal rights. This judgment replicates the reasoning of the Supreme Administrative Court, which stated in its judgment of 28 June 2019 (ref. I OSK 2063/17) that “the impossibility of associating vehicle registration numbers, without excessive effort and cost, with identifiable individuals makes the vehicle registration number not have the status of personal data.” This view, however, seems quite controversial and contrary to the position of most data protection authorities from the rest of the European Union. Therefore, the safest solution is not to show real registration numbers in film scenes.

The world created by filmmakers from beginning to end usually poses fewer legal problems. However, where elements of the real world enter the film reality, there is often a risk of infringement of other people’s personal rights in the form of the right to privacy, honour, or the cult of remembrance after a deceased person, as well as the provisions of the GDPR. In such a delicate matter, each case should be considered individually – the film script and subsequent editing versions of the film should be ‘cleared’ so as not to overlook even the smallest elements that may prove troublesome and costly for producers in the future.

#personal rights #The Queen's Gambit
Share
Important docs
The same category
According to the definition of film production in the Act on Cinematography,...
An interesting case was recently discussed in the foreign media concerning...
Latest posts
Blockchain technology is an essential pillar of the Web 3.0 (Web 3.0)...
In film production, the development period is the most creative one....