What’s new in the 2022 Operational Programmes?

The same category.
Besides GAMEINN, there are other forms of financing for creators of video...
The world of Polish film and advertising is evolving, inevitably following...
Latest posts.
Blockchain technology is an essential pillar of the Web 3.0 (Web 3.0)...
In film production, the development period is the most creative one....

The act of 30 June 2005 on cinematography obliges the Polish Film Institute to carry out a number of tasks in the area of cinematography, including co-financing of undertakings concerning the preparation of film projects, film production, film distribution and film dissemination.

The Operational Programmes of the Polish Film Institute is a comprehensive document, which comprehensively describes the detailed rules governing the grant application process, the procedure for the conclusion of agreements with the Institute, the cooperation of beneficiaries with the Institute in the course of the implementation of co-financed tasks, as well as the issues of grant settlement and eligibility of costs. After the grant is awarded, the rules of cooperation between the beneficiary and the Institute are additionally regulated by the grant agreement concluded. 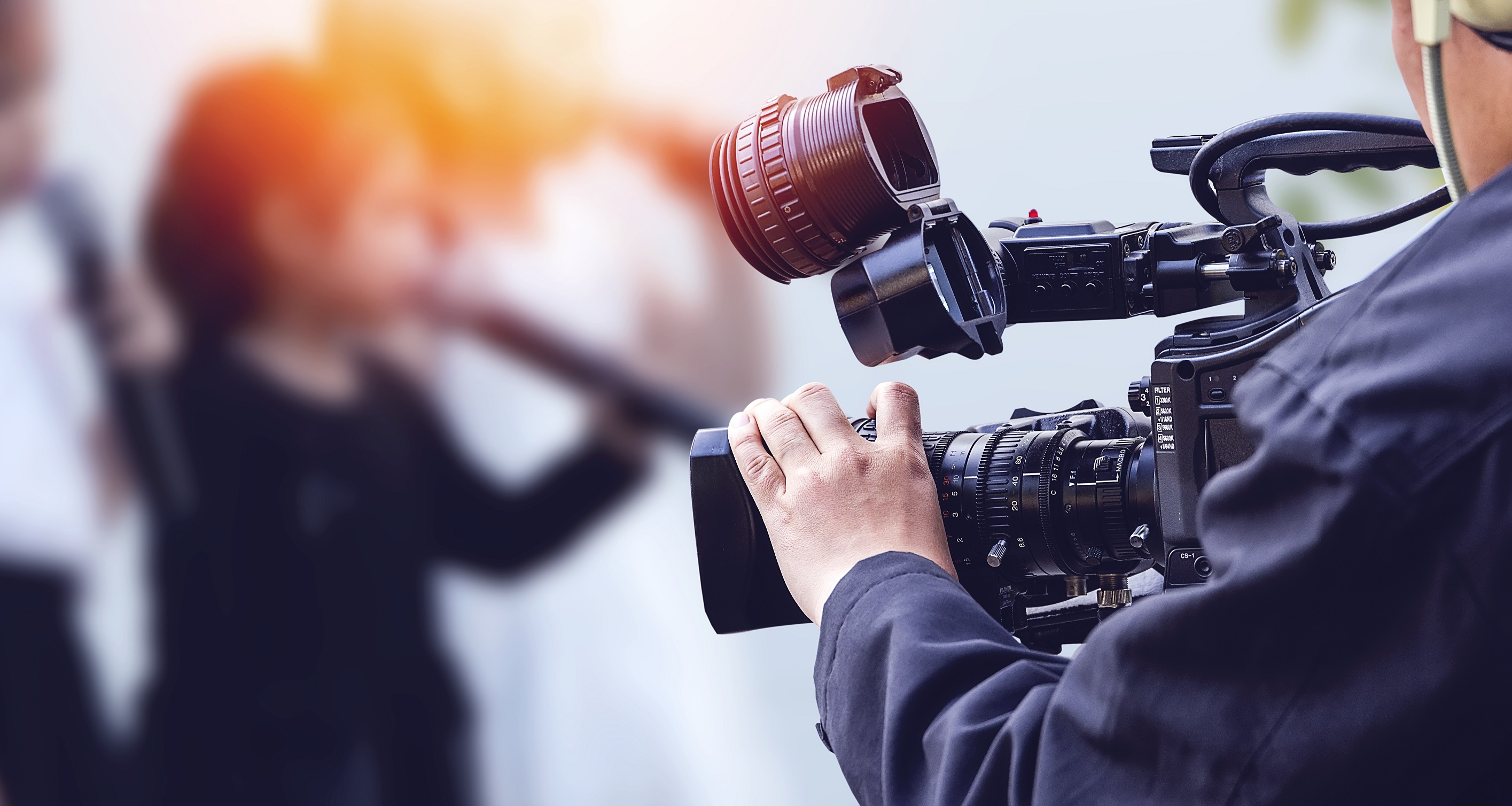 Operational Programmes are announced every year by the Director of the Polish Film Institute after their approval by the Institute’s Council and can be found on the PFI website before the first call for proposals. They are consulted in advance with representatives of film communities. The total amount of funds and their allocation between Operational Programmes change every year – depending on the revenues generated by PIF in a given year. The allocation between Priorities within an Operational Programme also changes. The Institute also reacts to the changing situation in the film industry by annually adjusting the content of its programmes to the newly identified problems of cinematography.

In principle, there are five Operational Programmes under which the Polish Film Institute performs its tasks imposed on it by the cinematography act. These programmes are:

Who can apply for funding?

In accordance with art. 22.1 of the cinematography act, any entity conducting activity in the area of cinematography, whether Polish or from another member state of the European Union, the Swiss Confederation or a member state of the European Free Trade Association (EFTA) – a party to the agreement on the European Economic Area, regardless of its organisational and legal form or ownership structure, can apply for funding. The act on cinematography provides a number of entities that are excluded from the possibility to obtain co-financing – including, among others, persons convicted of certain offences, entities in which such persons hold management functions or are shareholders or, for example, entities that within 3 years prior to submitting an application for project co-financing have materially violated the agreement concluded with the Institute.

In addition, each of the priorities in the Operational Programmes imposes further restrictions on who can be a beneficiary of a grant from its scope. For example, only film producers can apply for co-financing from almost every priority of the Operational Programme I – Film Production. Only the Priority Screenwriting Grants is intended for natural persons, who are screenwriters (with appropriately documented achievements). In turn, for example, the Priority Higher schools and postgraduate schools within PO II – Film Education can be used by schools and universities and entities conducting economic activity.

General rules for awarding, accounting for and repaying grants

The co-financing of the project is granted in the form of a grant, guarantee or loan. A promise or a decision of the Director of the PFI to grant support is valid for six months, however the promise may be extended to a maximum of three years, during which time a set of documents confirming the closure of financing and securing the rights to the project must be submitted to the Institute. Only then a grant agreement is concluded.

Polish Film Institute is not a co-producer of co-financed projects and does not acquire rights to the projects. However, it is interested in their financial results, because if a project makes a profit, the entity receiving co-financing is obliged to return the co-financing according to the rules defined in the law on public finance. In the case of co-financing of films, the PFI begins to “recover” its grant proportionally as soon as the first profits appear, i.e. revenues exceeding the value of contributions made by the co-producers.

Operational Programmes impose on beneficiaries the obligation to carry out twice (with some exceptions) an audit of co-financed production, performed by an external audit company. Regardless of this, each grant instalment should be accounted for by the producer by submitting detailed partial reports, and finally a final report. After the premiere of the film, the producer is obliged to regularly report to the Institute the income from the exploitation of the film for the indicated period.

What’s new in the 2022 Operational Programmes?

The year 2021 was marked by countering the effects of the SARS-CoV2 pandemic. At that time, the allocation amounted to PLN 287.7 million, a significant part of which was earmarked for new priorities such as: Interest-free loans to counteract the effects of COVID-19 in film production (PLN 38 million), Film distribution (PLN 42 million) or Support for promotion of Polish film (up to PLN 40 million). From these priorities it was possible to apply for co-financing of additional costs incurred due to, inter alia, COVID-19, stoppages etc.

In the current Operational Programmes for 2022, these priorities are no longer present, with a total allocation of 147 million PLN. However, the pandemic, although still acute and disorganising work, is slowly ceasing to be perceived as a “force majeure”. This is also a signal for the entities from the audiovisual industry to organise the implementation of projects on the basis of previous experience from the pandemic period in such a way as to minimise the risk of COVID-19 disrupting work, as it is becoming increasingly difficult to argue that in the current situation it is an “external event, impossible to predict”. This should also be reflected in contracts concluded with authors, producers or co-producers.

This year’s novelty in Operational Programmes is also the fact that it is not necessary to submit a paper version of the application, in addition to the electronic one. The electronic version alone is sufficient, in which both the application form and all attachments should obligatorily be signed using a qualified electronic signature or a trusted profile of the E-PUAP platform.

It is also worth noting the stronger distinction between animated films and animated series in this year’s Programmes, which results in the introduction of a separate Priority: Development and production of animated series, alongside the former Priority: Production of Animated Films. The distribution fields of these formats, and thus their commercial potential, are so different that their separation seems to be the right solution.

From this year producers should also pay attention to the content of agreements concluded with graphic artists for the artistic poster as PISF has introduced a new rule. An agreement concluded with the author of the artistic poster should take into account the possibility of the beneficiary (producer) granting a sub-licence for the use of the poster, including, above all, the promotion of the activity of the Polish Film Institute and Polish cinematography.

In the new Operational Programmes there is also a clear reduction in the allocation for the Screenwriting Grants Priority. The maximum amount which can be obtained by a screenwriter-individual for writing a screenplay is 10 000 PLN, which, considering that not so long ago the scholarships reached 50-60 000 PLN, is a very low amount. In the context of an economic analysis of film projects, this solution is probably dictated by the greater effectiveness of projects, which have a producer already at an early stage of development. The decrease in the role of scriptwriting grants is supposed to eliminate the phenomenon of scripts written “in the drawer”, but it requires the scriptwriters to look for producers already at the stage of writing the treatment and to submit the application with the producer for priorities such as script development or project development. At the same time, the PFI puts more and more emphasis on the fact that the projects to be assessed are those which are as advanced as possible in terms of literature. For the Project Development it is no longer possible to submit an application with only the treatment, but one has to submit the full version of the script.

The full content of the Operational Programmes is available at: https://pisf.pl/dotacje-programy-operacyjne/

#film #funding #Operational Programmes #pfi #PISF #polish film institute
Share
The same category
Besides GAMEINN, there are other forms of financing for creators of video...
The world of Polish film and advertising is evolving, inevitably following...
Latest posts
Blockchain technology is an essential pillar of the Web 3.0 (Web 3.0)...
In film production, the development period is the most creative one....